Just to briefly show you some Lao geography. The country has the shape of a shooting star, don’t you think? Up north, that’s where the big mountains and really remote villages are and where the infrastructure is still pretty bad. From Vientiane, it would take me more than 24h by bus to reach Phongsali for example. All the green areas are the plains around the Mekong. This does not indicate, however, that there is no rainforest in the brown areas! On the contrary!

Before my departure, some people actually asked me questions like ” Oh Laos, isn’t that a Thai island?” or “Mhhh I have to confess I have no idea where that is… Africa?”. So I figured this little map won’t bore you too much 😉 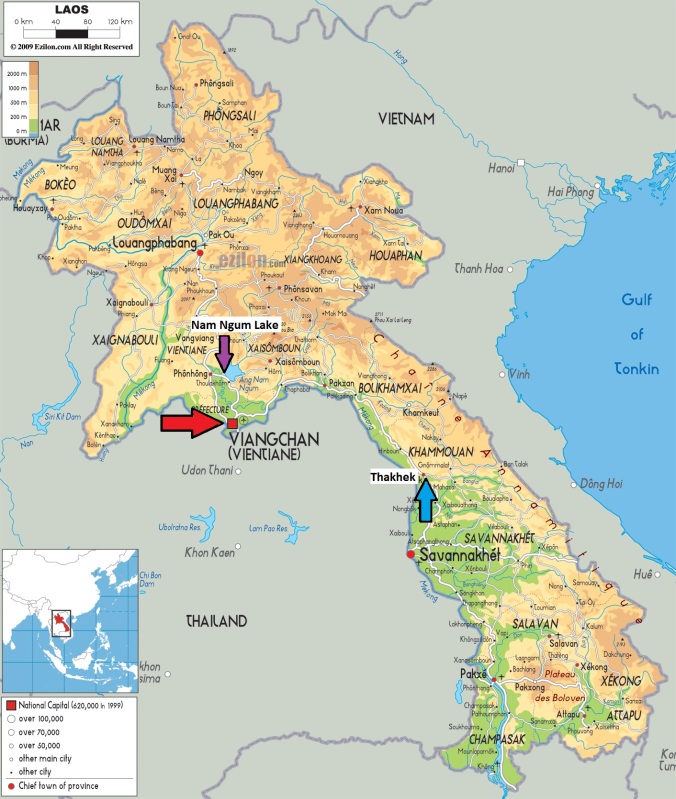